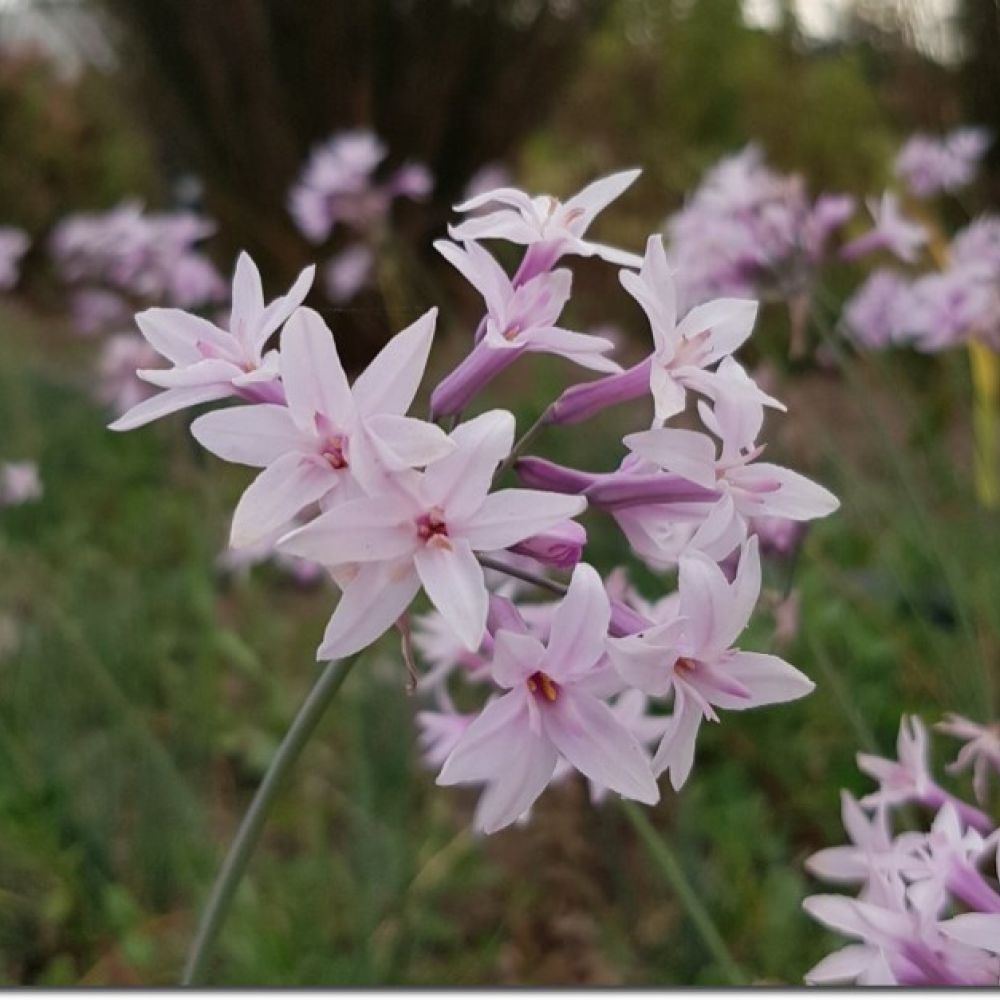 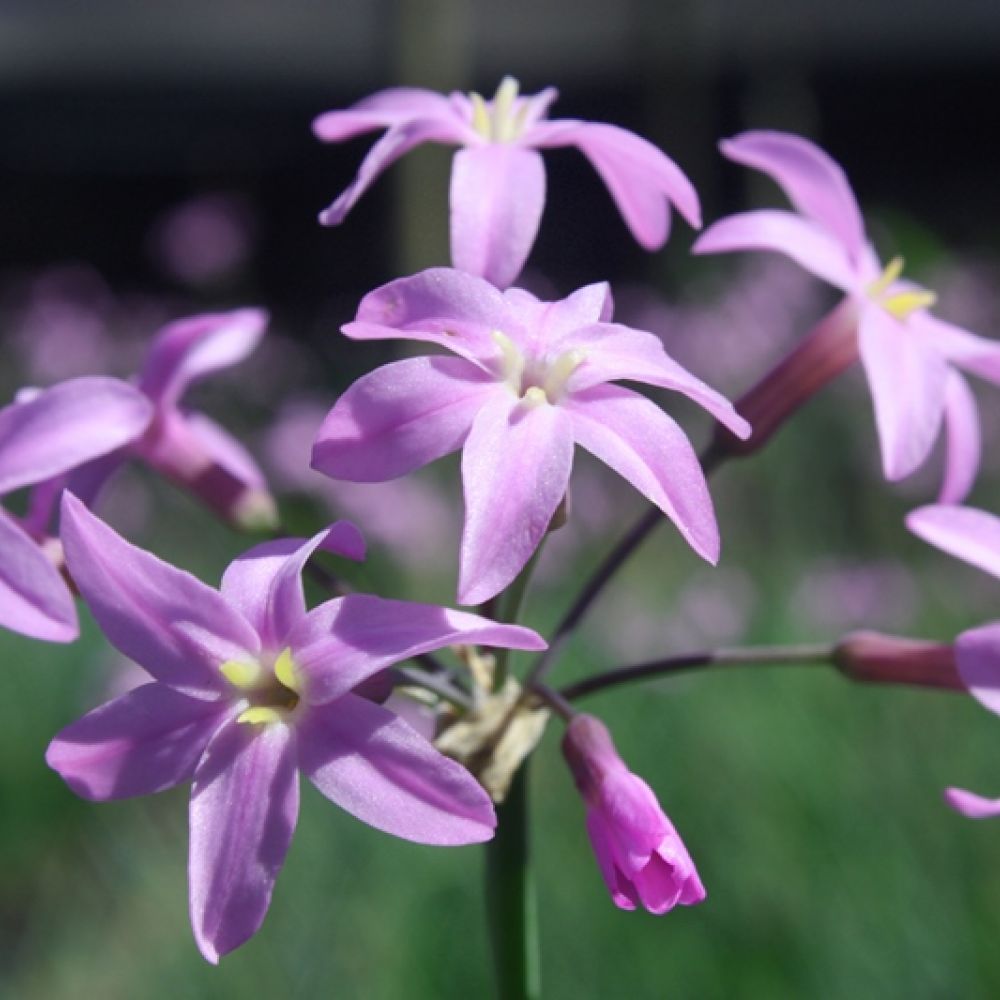 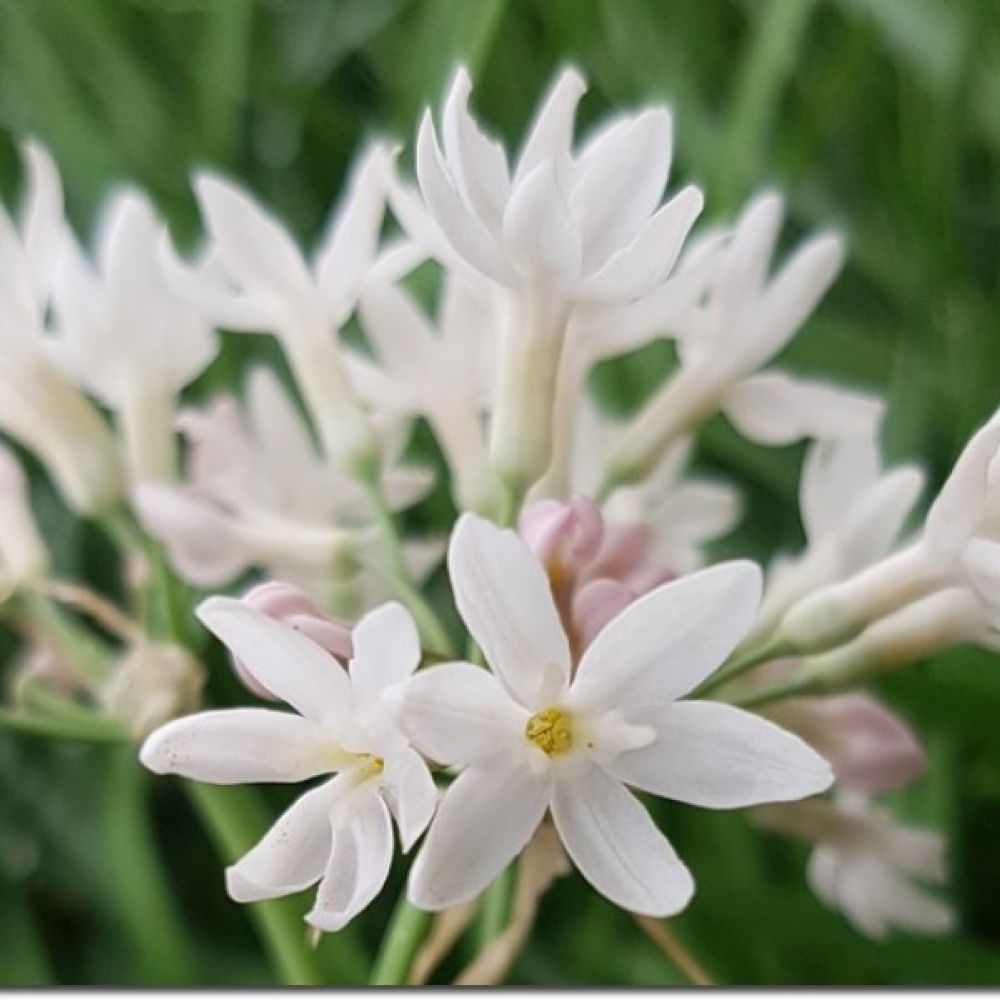 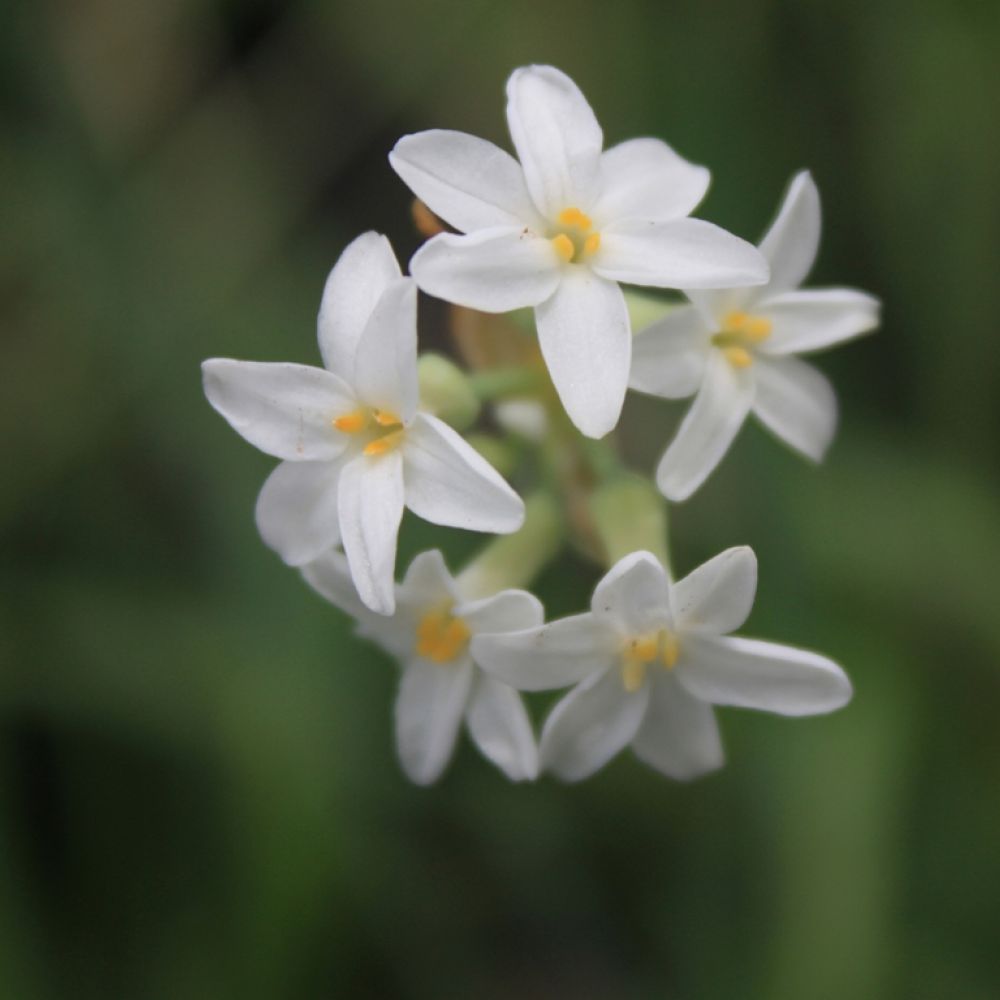 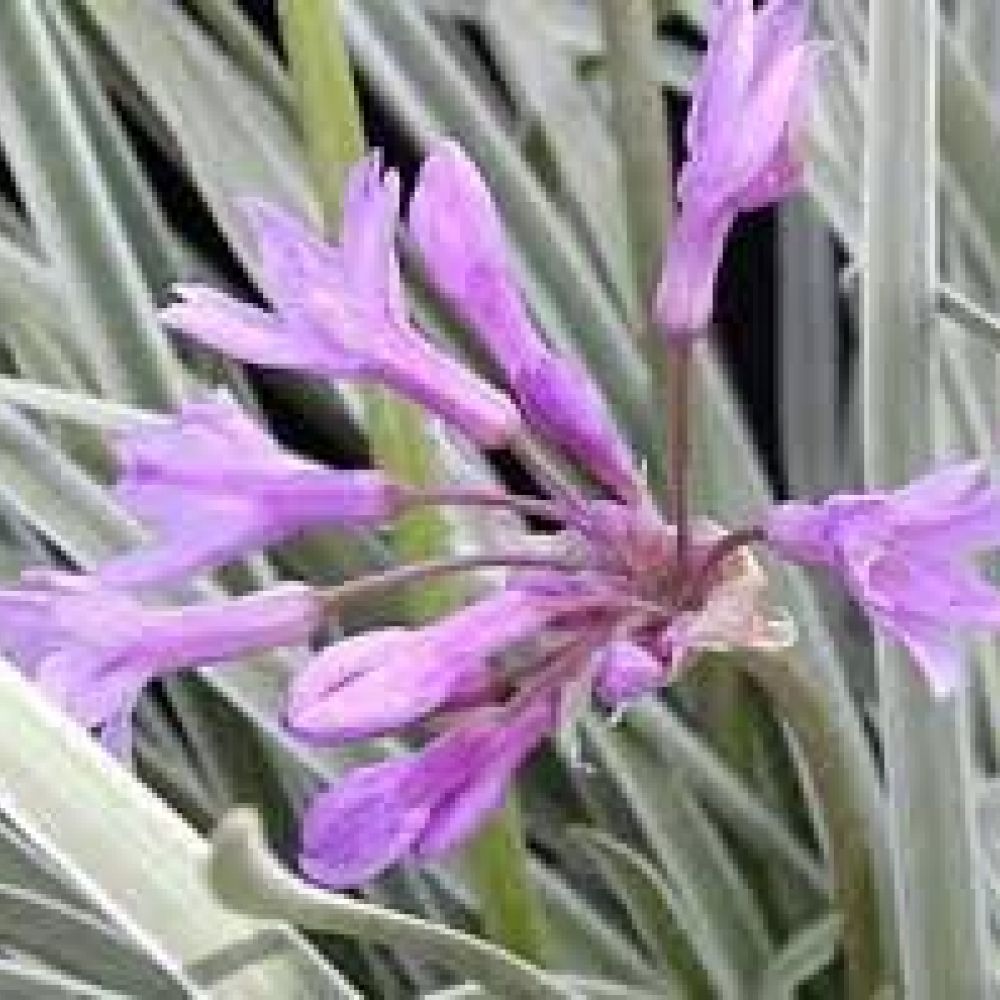 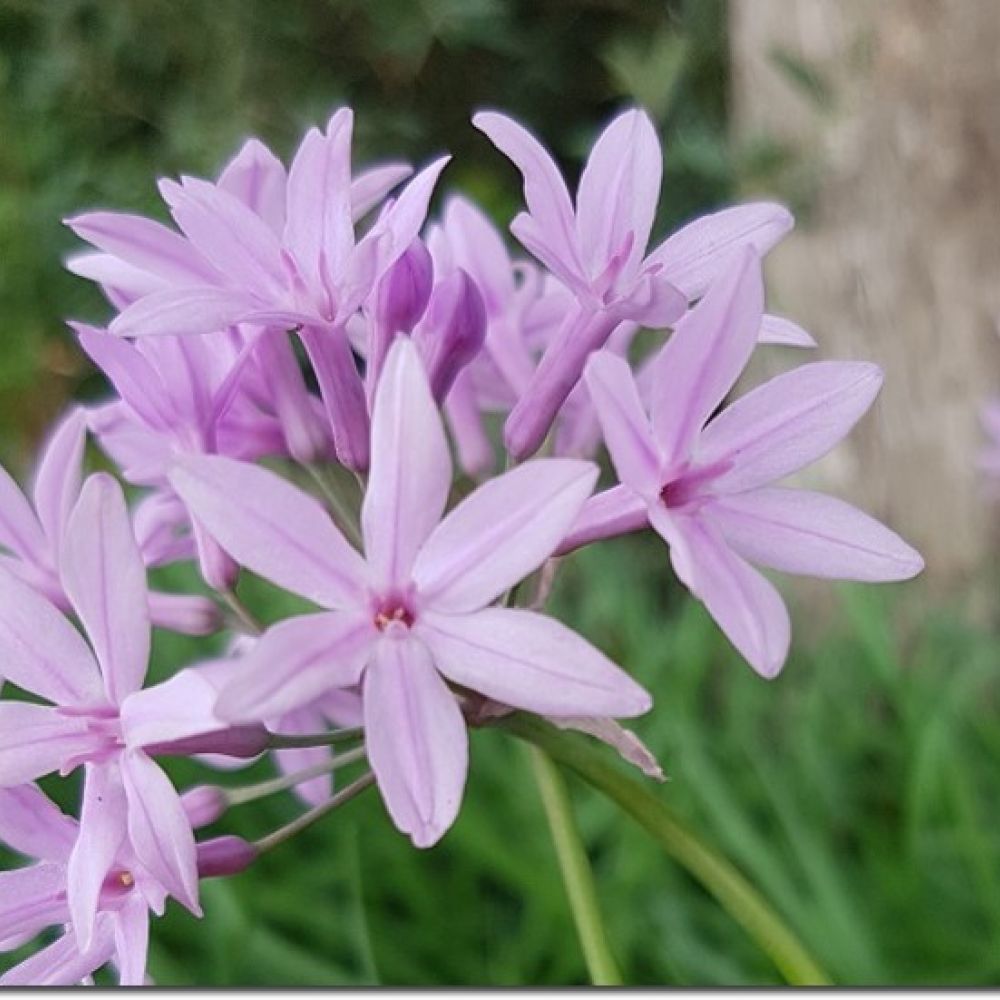 Tulbaghia is a bulbous / rhizomatous plant, from the alliaceae family. Originally from South Africa, it is called 'wild garlic' there because of its taste and medicinal properties. Its flowers, tubular in shape, are grouped at the top of thin stems in the form of large umbels - hence its strong resemblance to a small agapanthus. There are two main families of tulbaghias: the violacaea with its fine green foliage, the variegata with its wider variegated foliage. The varieties of tulbaghia are available in a palette of colors ranging from purple to white, through a multitude of shades of pink. Tulbaghia is a very floriferous plant, its flowering extends from June until frost.

Like its cousin the agapanthus, the tulbaghia thrives in well-drained soil, and a sunny exposure. You can plant it in a border, a bed, or in a pot.

This plant is easy to grow, requiring only a small amount of water. This perennial is perfectly resistant to heat / drought. Tulbaghia tolerates the cold quite well, as long as you remember to cover it with mulch in winter - or to put in the pots if possible. Its long summer flowering, until frost, makes it the new star of winter gardens. Indeed, the tulbaghia brings a touch of color in the autumn massifs.

In the garden, the smell given off by tulbaghia has the advantage of warding off parasitic insects (such as aphids for example). We also recognize the fungicidal effect of its roots in the soil. In the vegetable garden, plant it rather on the edge because this perennial does not like to be disturbed. The fragrant flowers of tulbaghias attract pollinating insects.
Tulbaghia is an edible plant. Its delicate little flowers taste like garlic, they will go wonderfully with your summer salads, butters or flavored mayonnaise! 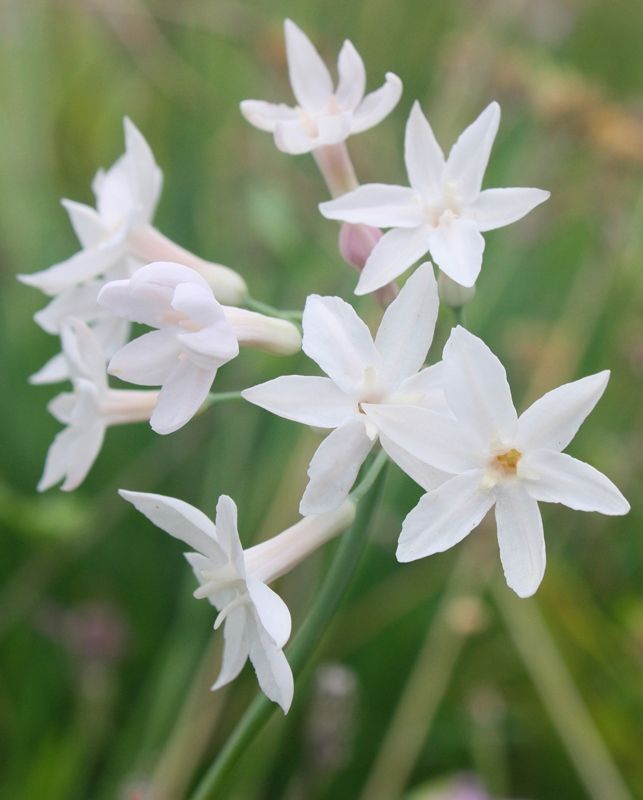 Find all the news of Turcieflor